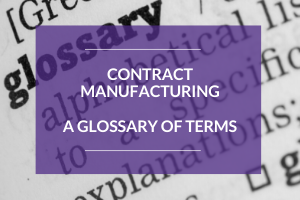 We try to avoid using jargon wherever possible but in the field of engineering, certain words and technical phrases are sometimes used so we thought it would be useful to publish a short glossary of terms.

In a 5-axis CNC (Computer Numerical Control) machine, the cutting tool is able to move in the usual 3 dimensions (left/right; back/forward; up/down) as well as being able to rotate along two axes. This means that the tool can approach the subject from any angle. The usual 3 dimensions are often referred to as the X, Y and Z axes, where Z is the vertical. The rotational axes are typically along the X (longitudinal) and Z (vertical) dimensions.

CAD is an acronym for Computer Aided Design. As the name suggests, computer processors and software are used in the design of products and components. CAD helps achieve high levels of precision and produces files in standard formats that can easily be stored or transmitted.

CAD is an acronym for Computer Aided Manufacturing. It describes a process in which machinery is computer-controlled to create an automated manufacturing system.

CNC is an acronym for Computer Numerical Control. In a CNC process, one or more machine tools incorporate microcomputers equipped with specialist software applications that perform automated tasks. Specific code is used to create specific objects.

A burr is a length of raised or roughened edge that is left attached to a metal item after certain processes such as cutting, grinding, sharpening or turning. Deburring is simply the process of removing that burr, usually by means of filing and/or grinding.

Sometimes abbreviated to DFM, design for manufacturing involves designing an engineering process with the aim of improving efficiency and reducing manufacturing costs. Essentially, it is about designing products to make them easy to produce. It is also sometimes known as Design for Manufacturability.

Drawing refers to the process of stretching metal to shape it and/or make it thinner. Sheet metal is drawn out to shape it; wire and bar stock is drawn out through a die to lengthen it and to produce material of a specific diameter.

Engineering drawings are technical plans that show the structure and dimensions of specific products or components. Typically, they will be produced using software so they will be available in digital form. A conventional drawing will show the item from multiple perspectives.

Electro-mechanical assembly refers to the process of producing working machines with moving and electrically operated parts. An example would be the assembly of all the components necessary to produce a working hand dryer. It is a process that typically entails several distinct stages and operations.

A fibre laser delivers its energy via a fibre-optic cable. This allows much greater flexibility than conventional lasers with a rigid set-up, making them very well suited for use in CNC laser cutting and similar operations. Fibre lasers tend to be considerably more powerful than traditional CO2 lasers and typically produce cleaner edges.

Press tools are normally fitted to mechanical, pneumatic or hydraulic presses in order to produce specific products from sheet metal. ‘Hard tools’ are strong and highly durable, typically made from steel/nickel alloys, and they are made to withstand regular and intensive use. Examples of processes often carried using presses with hard tooling might include piercing, punching, bending, blanking and forming.

In a hydraulic press, the compressive force is produced using a hydraulic cylinder and transmitted through a hydraulic fluid, enabling significant forces to be applied to the press tools. It is distinct from a pneumatic press, which transmits forces via a pressurised gas (air.)

A jig is essentially a guide/template that enables a manufacturing process to be repeated accurately. It holds the workpiece in place and includes tool guides.

Laser cutting is a process in which sheet metal is cut or pierced using heat from a laser rather than using a mechanical cutting tool. The result is usually a very clean edge. When combined with CNC techniques, laser cutting can achieve very high levels of precision.

MIG is an acronym for Metal Inert Gas. MIG welding involves creating a high energy electric arc between a MIG wire electrode and the metal workpiece. The resulting heat produces the weld. At the same time, inert gas is forced over the weld to dispel air and atmospheric contaminants that could otherwise cause oxidation or weaknesses in the joint.

TIG welding is a similar arc-welding process, again using inert gas for shielding. TIG is an acronym for Tungsten Inert Gas. Unlike with MIG welding, the tungsten electrode is not consumed in the process. Instead, the electric arc passes through a stream of ionised gas (plasma). The process is highly controllable and is typically used for welding thin pieces of stainless-steel or non-ferrous metals such as copper and aluminium.

OEM is an acronym for Original Equipment Manufacturer – i.e. a business that creates products that can be branded and sold by client companies. Dudley Industries is an OEM; we sell under our own brands but we can also supply clients with products that they can brand themselves.

This process cuts stainless steel and other metals using a beam of hot ionised gas. This is initiated using a tightly focused stream of compressed gas which is directed at the workpiece. An electric arc is then created between an electrode on the cutter and the workpiece. This ionises the gas to create the superheated plasma.

Unlike more conventional painting techniques, powder coating is applied as a fine dry powder, comprising pigment and resin. It does not require the use a solvent. The product to be coated is normally suspended and the powder is electrostatically charged to ensure ready adhesion. The item is then heated to cure the coating. Powder coating can be thickly applied, without runs or sagging, to produce a strong, protective finish.

A power press is a mechanical machine press that normally features a flywheel and ram to operate the press tool. The powered flywheel acts as a store of energy. The associated press tools can often be used for form complex shapes via a cold press process.

A press brake is a pressing tool commonly used for bending sheet metal into specific shapes and angles. Press brakes are available in different tonnages – i.e. with different bending forces.

A punch press is a machine that punches holes in sheet metal and similar materials without the use of heat. Presses can be hydraulic, pneumatic or mechanically powered and they come in various sizes. They may also be manual or part of an automated process.

Riveting is a process of permanently attaching metals or other materials by the use of a metal fastener. The rivet has a head at one end and this is used to drive it in. Once inserted, the ‘tail’ end is deformed and widened under pressure to prevent it coming out. The work is normally done using presses.

Rumbling is an automated metal finishing process, also known as vibratory deburring. It involves placing a workpiece in a vibrating container filled with polishing media. The process removes sharp edges and improves the finish of the workpiece.

Screen printing is a printing technique that can apply a reproducible design onto a flat surface. It requires creating a stencil on a mesh. Paint is then forced through the mesh to produce the finished image.

Commonly used to remove contaminants from the surface of metal, shot blasting involves firing a stream of abrasive metal material at a subject under high pressure. Shot blasting differs from sandblasting because the abrasive material is metal shot rather than silica sand/grit. The resulting abrasion can remove paint or corrosion and can be used to achieve a range of surface effects, from rough to polished.

Unlike arc-welding techniques (e.g. MIG / TIG), spot welding uses the heat produced by a metal’s resistance to an electric current. The resulting heat produces the weld between two sheets of overlapping metal. The process uses a combination of heat and pressure, applied through two shaped electrodes, although a variation of spot welding can also be created using short pulses of laser energy. In both cases, the weld is localised and the weld is very rapid, so little heat is conducted into the surrounding material.

Stud welding involves welding a specially shaped fastener or ‘stud’ to a metal substrate. In some cases, a weld nut will be heated to weld it to the substrate, ready to take a bolt/screw than can be fed automatically into the stud welding gun.

Tooling is a general term that can describe a variety of machine tools used for functions such as cutting, turning, milling, punching and drilling (to name just a few examples.) It can also refer to jigs, fixtures and templates.

Posted by Dudley Industries, Mar 19, 2020
In these worrying times I want to confirm that our production facilities remain fully operational.

Posted by Dudley Industries, Dec 18, 2019
As the year begins to wind down we’ve taken a moment to have a reflective look back over 2019 and all that we’ve achieved. ...

SUBCON 2019: Everything you need to know

Posted by Dudley Industries, May 31, 2019
About this must-attend manufacturing event The countdown is on to SUBCON 2019. Now in it’s 43rd year, SUBCON brings together ...